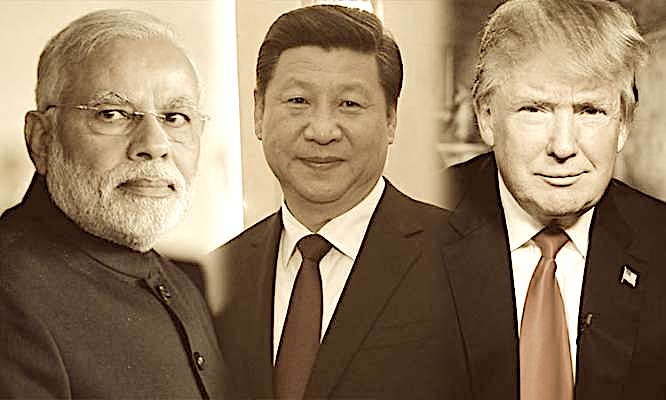 The trade and tech wars unleashed by the US President Trump relentlessly pursuing America First has two underpinnings. The trade wars have to do with the impact of globalisation on the domestic political front wherein, rising unemployment and economic disparity has given rise to a populist President. President Trump represents a political shift that has stuck at the economic underpinnings of the world order carefully crafted by the US and these are matters the Americans will have to handle internally. The tech wars, on the other hand, is a form of neo-imperialism that needs a much more nuanced approach. Indian diplomacy lacks the skill to conduct Tech-diplomacy as it requires Tech-entrepreneurs to understand the contours of this fast-evolving battlefield.

Indian diplomacy lacks the skill to conduct Tech-diplomacy as it requires Tech-entrepreneurs to understand the contours of this fast-evolving battlefield.

Indian diplomacy in the tech space is at sea with a foreign service backed by Sarkari ICT bureaucrats, unable to imagine and seize the opportunities of a lifetime as it unfolds. The US-China spats due to Huawei and 5G is a rare window of opportunity as both the West and China jockeys desperately for the Indian market. Newspaper headlines indicate that the Huawei Indian CEO Jay Chen has offered a no-backdoor pact with the Indian Government. Indian bureaucrats have rightly pointed out to Huawei representatives that it is just a piece of paper, a digital Panchsheel. The US and other Western Countries have issued secret ultimatums threatening the wrath of God, on India and Indian ICT companies if they do not decouple from Huawei. In these interesting times what is needed is pragmatic business deals that need to be stuck with both China and the West.

That ICT backbone networks of nations have to be indigenous is now more or less accepted wisdom and even the GoI has recognised this in its various policy initiatives. The journey to complete indigenisation is some distance away as India lacks in chip foundries and hardware manufacturing. What India has, is the largest trained manpower in software and a niche group of companies who have invested in foundational technologies like OS, Chip design, routers, firewalls etc. We now need to do some nimble and pragmatic business deals wherein these technologies will need to be adopted by Western and Chinese companies globally for access to the Indian market. For example, a smartphone or networking appliance with a Western chipset, Chinese hardware and Indian OS with all source codes examined, compiled and guaranteed by Indian companies for India is the way forward.

The West and China both need access to the Indian markets, desperately so. India should pragmatically exploit this situation and bring in enabling policy and legislation to protect national interests. Interactions with both Western and Chinese ICT companies with our Tech Entrepreneurs need to be enabled as part of our Tech Diplomacy. Such actions can see faster adoption of initiatives like Startup India and Make in India. These require political leadership and interventions, a risk-averse bureaucracy will not have the vision and stomach for this. The Panchsheel agreements of the ’50s failed as the then Indian PM lacked in strategic foresight and pragmatism. India now needs to show statesmanship and wisdom so that the digital Panchsheel of the Information age is built on mutual dependencies both with China and the West while India keeps its digital powder as dry as possible in the monsoon.